What effect is this ?


14 replies to this topic

I was at the Festival Of Fireworks at Catton Hall at the weekend & must say it was fantastic.

I noticed an effect that a couple of the teams were using, that I haven't come across before.

It was almost like a 'rain' effect but not quite the same. It consisted of lots of, what looked like, very small stars that were coloured red or green & the fell slowly as 1 cloud.

I suppose they could just be exactly that, mini stars, but they seemed to burn for ages & descend very slowly.


Now, I would like to make some of these !! I would imagine if I used my usual colour comps (mostly Veline), the size they would need to be to fall at that slow speed & appear to be small, they would just burn out in a second.

Any ideas on what they were, or comps ??

I think you're describing 'falling leaves' shells... commercial ones tend to be red or green. 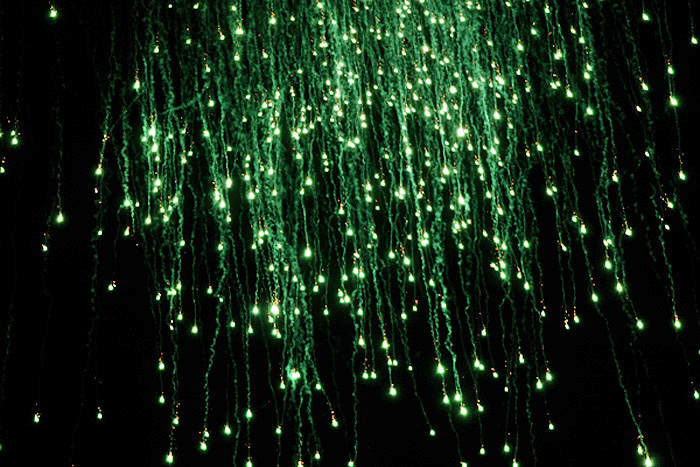 Using that search term should help bring up some topics here. I think there are various types used commercially. Falling leaves fuse can be used which is essentially visco with slow color comp, then there are variations of using comp pasted/stuck to pieces of paper to slow their decent.

Not quite the same.

These were not leaving a trail behind. They were literally like hundreds of small colour stars falling slowly without a tail.

A video might be better, this is the same kind of shell. The trails you can see in the photo are just smoke trails lit by the surrounding stars. They aren't that pronounced to the naked eye...

Your'e right ! a video is better.

Yes - thats what I want.

Can the same effect be done with falling leaf fuse ?

Thats actually what it is made for!

Much like flying fish fuse is used in fish shells

www.illusionfireworks.com - A SKY FULL OF MAGIC!

falling leaf fuse will not be as bright or long lasting, but it is cheap and quick but the professional shells use paper coated with a slow burning color composition and primed on both ends with black powder as below.

www.illusionfireworks.com - A SKY FULL OF MAGIC!

Thanks for the replies,

Also, does it need to be primed on the end to be sure it catches ?

Thanks for the replies,

Also, does it need to be primed on the end to be sure it catches ?

The length depends on how high they will be falling from, just be sure to check the burn rate as some are very slow. 1-2" is about right.

You can get away without priming if you cut at an angle with a sharp blade, but I always like to be sure by priming them in BP slurry. This can be done with the fuse bundled to avoid priming individually. Remember if both ends light you will half the burn rate, you can close one end off by dipping in PVA glue.

Thanks, will give it a go, once I have completed all my other stuff. Busy time of year in this hobby !

falling leaf fuse will not be as bright or long lasting, but it is cheap and quick but the professional shells use paper coated with a slow burning color composition and primed on both ends with black powder as below.

Is there a tutorial for these somewhere with some example comps. I'd really like to give it a try,

Thanks Pyro, I haven't subscribed there yet and think it's about time I did.

Passfire is a must, a wonderful place for information.

Freud. Artists, in this view, are people who may avoid neurosis and perversion by sublimating their impulses in their work.
Back to Pyrotechnic Formula